Jim Hughes died on May 23. His wife, Eloise, died a week before.

Those names may not be familiar to you, but if you have been reading here for a long time, you may recognize Jim’s name from the comment field. In the first few years of writing, Jim reached out with encouragement and comments. When my dad died, he reached out. When his dad died, I reached out. 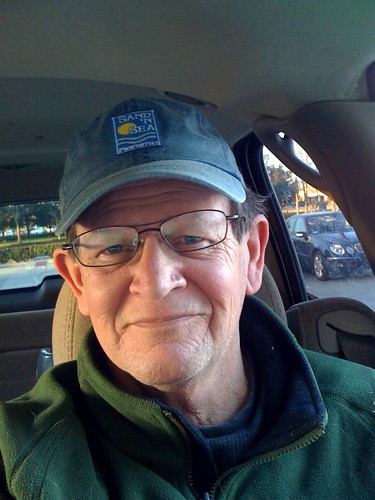 His life started as a chemist, but after he retired, he shifted to giving comfort. In his writing, he drew on his experience as a chaplain at M.D. Anderson Cancer Center. He drew on his own experience as a patient, husband, and family member. He was considerate and compassionate and gentle. In his Twitter and Facebook feeds, we saw pictures of birds and pictures of grandchildren. His closeups of Ben and Madi were delightful, giving us images of faces that were smiling and thoughtful.

Ours was a digital friendship, aware of each other but not talking regularly, and easily distracted. From my end at least. I knew that Eloise had been having health issues, and then that Jim was. I knew that they were in assisted living.

But the social media feed scrolls on and on. My awareness of others gets distracted.

Sunday morning this week, I was thinking about getting back to my book on chaplaincy. I thought about how it stalled more than a year ago, and how I had asked Jim if he would be willing to look at a draft. He had graciously agreed, and then I didn’t proceed. Sunday, I realized that I hadn’t noticed anything from him for awhile. So I searched.

I discovered that he had died, and that his son had posted back in June about a memorial service.

Jim wrote at difficultseasons.com about a decade ago. Reflections about the reality of caring for others as a chaplain and a family member.

I know that there are many public deaths. We think about the work of an actor or a writer or a political figure, work that is measured in millions of dollars and millions of views. Jim’s life and death reminds us that there are many more private deaths, of people whose work is measured in conversations and caring in difficult moments. Those deaths, your death, and more importantly at the moment, those lives, your life, matter, too.

There’s one less chaplain in Texas. Jim reminds us that we can all provide that kind of care to the people we live with.

You can watch Jim’s and Eloise’s memorial service. The singing is awesome. So are the stories.