Nancy and I each received a fitbit Flex for Christmas. I wear it on my non-dominant wrist. It is senses movement, which means that it guesses really accurately about steps and sleep. When used with a smartphone app, you get approximations of distance, calorie burn, and sleep. If you enter additional data and what you eat and what you weigh, you end up with a fitness profile.

The default goal for steps is 10,000 per day. This is one of those arbitrary cultural goals designed to get us to move. Because movement is healthier than non-movement.

After a week, I discovered that I was passing the 10,000 steps goal every day. It’s the advantage of making a commitment to running every day, and a commitment to walking with Nancy as often as possible.

So I increased the goal to 15,000 steps. I’ve reached that goal twice in two weeks. And for the first few days, I felt like a faliure. 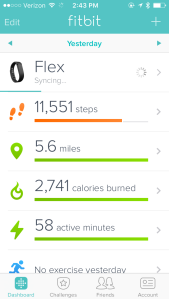 I mean, I had been feeling this little buzz on my wrist when I passed the goal. I had been getting a star on my app. My fitbit, and apparently the whole fitbit nation and the American Heart Association were all cheering for me when I reached 10,000 steps. But now, when I was striving for more, I felt like less.

It’s silly, right? My inability to recognize that my own goals are what is causing my frustration?

I’m glad you see that. Because at this time of year, there are many of my friends who set goals to read the Bible through in the year, or to do one Good Samaritan act a day, or to spend 30 minutes a day praying. And they are incredibly frustrated. Because they missed a day of Bible reading because they were helping out a neighbor who was in the hospital, and as a result, their praying was only “God, could you please save his life?”

And I wouldn’t want you to be frustrated because your goals are getting in the way of being grateful for your growth.

2 thoughts on “When our goals make us stumble.” 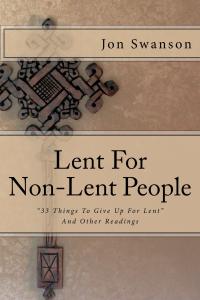