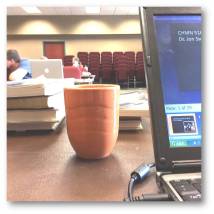 It was the first class session. I wanted to get past the usual introduction formulas of where we work or what’s a favorite food. The course is “Spiritual Formation.” We need to explore the content. So I said, “Take five minutes to answer this question: What kind of person would you like to be known as in five years? If you and I were friends and in five years we met someone new, how would you want me to introduce you?”

I had them work on their own at first. Introverts need time to think about questions like this. And extroverts never let us have the time.

Then I had the learners talk in groups of three-four to share their answers, to meet each other. Ten minutes.

Then I said, “I want you to introduce someone from the group.” I told them that a great example of the introduction is Paul’s introduction of Tychicus in Colossians 4.

Tychicus will tell you all about my activities. He is a beloved brother and faithful minister and fellow servant in the Lord.  (‭Colossians‬ ‭4‬:‭7‬ ESV)

Then I picked out a group.

Ed said, “Dave is a caring person, showing people how God loves.” Or something like that. When he finished, I interrupted the process. I wanted them to see what had happened. Maybe you noticed, too.

The original assignment was to look five years ahead. The introduction happened in the present tense. Dave never would have described himself as caring. As a goal, it’s admirable. As a now, it’s bragging.

But it’s at least partially true now. Dave is a caring guy. He does show love. And in another five years, he’ll be off the charts.

In part because someone, without thinking about it, said he was on the right track.

One thought on “What he already is.”