“Are you training for anything?”

The older man had come up behind Tim, then slowed to talk. It was an innocent question. Tim should have smiled and nodded and kept running. But the surprise of a running companion startled him.

Tim was running this trail for the first time. He’d been private about his exercising for the past few months, running at night through his neighborhood. It had been perfect. Several street lights, slow traffic, and no other runners.

He finally felt confident enough to be in public. A little. But he never expected someone to start a conversation. 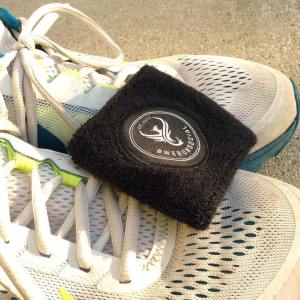 The nice thing about talking while running is that there were excuses for short answers. You could always blame your breathing or the need to watch the path. You could pretend to be at the end of a long run instead of just starting a short one.

“Have you ever entered a race?” the man said.

“What are you running for?” the man persisted.

Tim just kept going. He hoped the man would move on. But he seemed to be comfortable with the silence and with the pace.

“I’m not sure, actually.” Tim heard himself say.

It surprised him. He’d never had to answer the question for anyone else or for himself.

Tim had never been much for exercise. He finally started walking when someone suggested that it would help his stress. He loved helping people behind the scenes, but he kept being asked to take on public responsibilities. It stretched him, but it also stressed him. The walking helped. But it also made him curious about running.

One night he tried it. Just for the length of the block. It left him gasping. But it also didn’t hurt. By the time he was ready to run in daylight, he could last a couple miles at a time.

But he still wasn’t sure why he was running.

“How come people worry so much about races?” Tim finally asked the man. It was more of a statement than a question and had a little more frustration than Tim wanted to show.

“That’s a great question. Races can show you the progress you are making,” the man said. “But the race is never why you run.”

“So what are you running for?” Tim said.

“It’s part of being godly,” the man said.

If Tim hadn’t been so winded, he would have started laughing. The words didn’t fit with running. At all. And the man’s quiet confidence was creepy.

Tim glanced at the man. He was looking right at Tim. He smiled. And started running ahead with the ease of a veteran.

“See you out here Friday,” he said.

4 thoughts on “A question of training.”