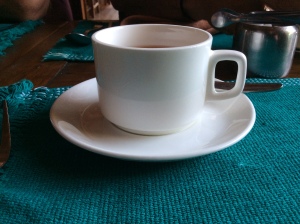 “If you can do anything, take pity on us and help us.”

The dad was talking to Jesus.  His son was demon-possessed. He couldn’t talk. At random moments he threw himself into the campfire or into the pond or onto the ground. The dad was watching his son taken violently to the edge of death and life over and over. He was pretty desperate. He’d been watching for years.

He came to Jesus’ disciples and asked for help. They had been traveling through the villages preaching and casting out demons. They had a reputation for being able to help. And even though Jesus wasn’t with them, they were pretty sure they could do this.

When Jesus walked into the village, the man was out of hope.

“If you can do anything, take pity on us and help us.”

“If I can?” Jesus says. “Everything is possible for him who believes.”

The man is stuck. It sounds like he’s being told that if you believe it, you can do it. If you dream it, it will happen. And he’s dreamed. He’s believed. And his son is writhing on the ground.

And his son is healed.

It’s easy to read this and say to a struggling parent, “You’ve got to have more faith.” It’s easy to take Jesus’ phrase and say “You can do anything if you believe hard enough.” It’s common to say, “but I believe and he didn’t do anything for me.”

I’m pretty sure the story isn’t about how much belief we can conjure up. I’m hearing the dad’s voice breaking when he realizes that he will never have enough belief to heal his son. And I’m seeing his eyes looking up at Jesus begging for a handful of belief.