Sometimes when I’m talking about prayer with a group of people I’ll say, “So, prayer can be defined as talking with God, right?” And people often nod. Depending on where the group is. 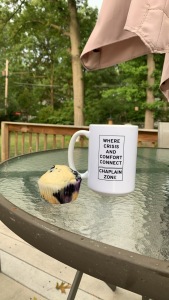 Then I’ll say, “So, is Jesus God?” And when I’m having this conversation, most people will say “Yes.”

And usually people start to look confused. Because that’s not prayer, that’s conversation. But the reasoning is sound. Prayer is talking with God and Jesus is God.

Maybe it feels a little informal or too familiar. Maybe we are missing the opportunity to see the person we are talking with, like Martha did. But if we are wanting to learn to talk with Jesus, looking at all of these conversations as prayer might help us learn how to converse.

I try to reflect this kind of relationship even in my public prayer. You can read it in “God. We Need You”: A Year of Prayer in a Hospital Chapel.