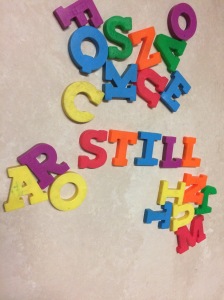 And I faced a decision. Which do I want to know more, Christ or the crises?

The “research” into my social media feeds makes me an expert in ephemera. It’s from a Greek word, meaning things that last only one day. And in truth, that’s how long the commentaries last, just a moment, just a day. Until the next comment comes, and the next one.

Until he had a conversation with Jesus. The rule-keeping he thought gave him status had kept him from the relationship that would give him life.

Paul lived a life of giving up his own priorities and accepting the priorities of Jesus. Given the choice, he chose knowing more about Christ. It meant that he didn’t know the latest gossip about Caligula, but he decided it was worth the exchange.