Injury incompatible with life. It’s a hospital phrase we use sometimes. It’s a little more discreet than, “he’s dead.” Or, “there’s no way she’s going to make it.”

When the car crash was horrendous, when the wound is very large, it becomes clear that life cannot survive in its presence. Rather than go into all the details of this particular injury, we fall back on a simple, clear, devastating description: incompatible with life.

One day Jesus was talking about his involvement with people and using his frequent metaphor of shepherd. He suggested that there are three groups of people working in relation to the sheep.

There is a thief, whose goal is to “steal, kill, and destroy.” To break relationship, to destroy trust, to inflict random violence. Sometimes we talk about senseless violence. Sometimes we say, “what were they thinking?” We can’t understand because we aren’t thieves. We can’t understand because we can’t imagine someone so malevolent that destruction is success.

For the thief, somebody bigger than you and I, there is a simple goal: inflict injury incompatible with life.

There are hired hands working with the sheep, but they are irresponsible and undependable. At the time Jesus was talking, the hired hands were religious leaders who were supposed to protect the sheep, to stand between them and the thief.

And there is Jesus, the good shepherd. Jesus says that his purpose in coming was so that the sheep “may have life and have it abundantly.”

Every time I read that purpose, I wonder what I’m missing. Because I see so much life that isn’t abundant.

It’s like we’re looking to the hired hands for approval. And they are on the run, leaving us vulnerable. And we discount the reality of a thief.

So I keep listening for the shepherd. And a presence compatible with life. 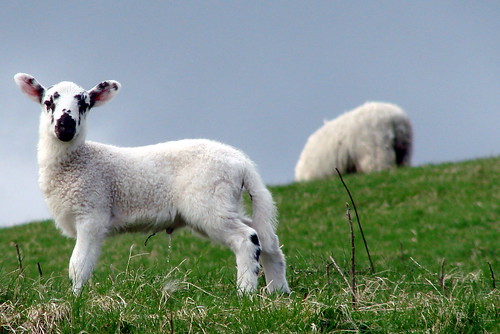 2 thoughts on “Incompatible with life.”

Saint John of the Mall

Are you feeling disillusioned this Christmas? Do you need help to focus on what really matters? What if you could talk with a friend of Jesus and ask how he feels about Christmas?

In Saint John of the Mall you will experience 26 conversations with Saint John, a white-bearded man at a shopping mall, that will lead you to peace and ease your frustration.

Like you, Dr. Jon Swanson, a pastor and professor, has often been frustrated by Christmas. Let him (and Saint John) help you find hope and rest this Christmas.