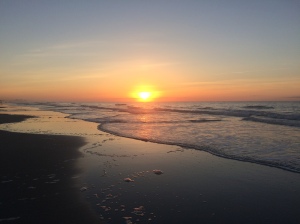 When they get to the other side, they find a crowd of people waiting for them. People who had figured out where Jesus was going and walked.

And Jesus had compassion on them.

That’s what the text says.

Jesus looked at the crowd and saw that they were like sheep who didn’t have a shepherd, people who were wandering around looking for meaning and purpose and spiritual connection.

He didn’t blame them for their wandering. He didn’t condemn them for their searching. He didn’t suggest that they should pull themselves up by their bootstraps. (But there is, in that response, a judgment on their leaders. There were political and religious leaders who were not offering answers that mattered.)

Jesus teaches them all for a day, disciples and crowd. At the end of the day, as we read, Jesus fed the crowd. Jesus involved the twelve in that process, from asking them how to do it, to having them pass out the food, to asking them to collect the leftovers.

From other accounts we know that that the five rolls and two dried fish came from a boy who had brought a lunch, a boy that Andrew had met. We know that each disciple ended up with a basket.

And we know that at the end of the day, Jesus sends the disciples back to the boats to head across the weather. Which means away from the crowd.

He dismisses the crowd, not that they will go home, but so they know that the day is done. There will be no encore, no breakfast.

And then Jesus himself goes up on a mountain by the lake, to spend time alone with his Father.

We could keep going to talk about what happened later that night (Jesus walked on the water) or a couple days later (the crowds got into a debate with him and all gave up on following him).

But for now, I want to spend a little time thinking about what Jesus did for people in the context of Isaiah 55.

“Why do you spend your money for that which is not bread,
and your labor for that which does not satisfy?
Listen diligently to me, and eat what is good,
and delight yourselves in rich food.
Incline your ear, and come to me;
hear, that your soul may live;”

That day on that hillside, Jesus took care of feeding people who didn’t have money. But his words and actions show us that the feeding, and the words from Isaiah 55, aren’t just about Arby’s for everyone.

(For the rest of the story, you’ll have to wait until next week.) 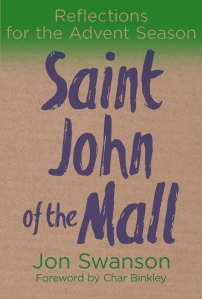